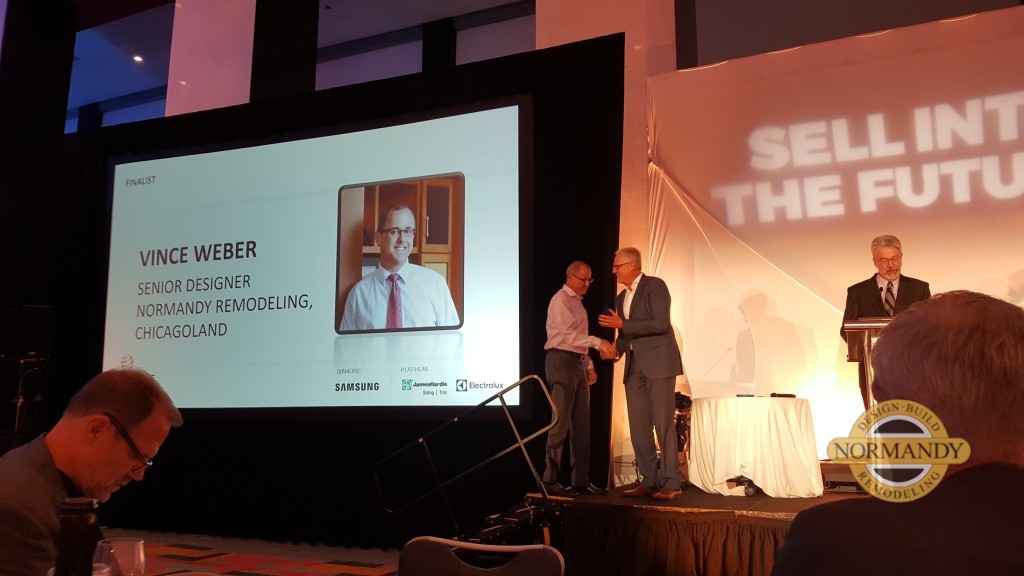 Normandy Designer Vince Weber has always been a top designer to his Chicagoland clients, and now this recognition extends to the rest of the United States. He was recently awarded a ‘Top Designer Award’ at the ESS Conference held by Professional Remodeler Magazine and EBA Prime in Philadelphia, Pennsylvania.

Vince was one of 10 designers to receive this esteemed award, which recognizes and celebrates the leading designers in the country. This was the first year that this award was presented.

“I’m honored to be recognized as a top designer in the United States,” said Vince. “It is incredible to see that my passion for home additions and remodeling has stood out on a national level.” 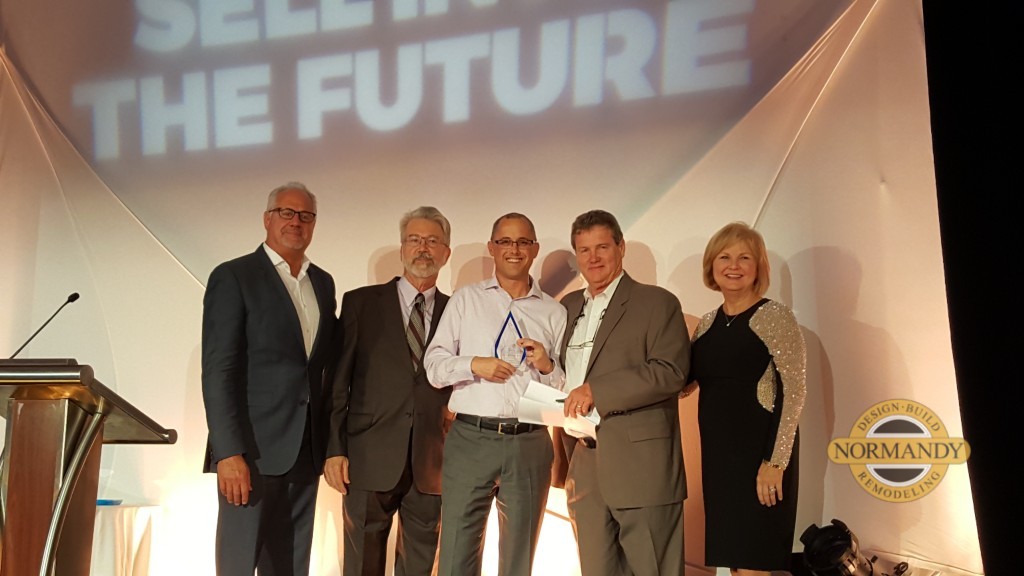 Vince has a master’s in architecture and has been a designer for Normandy Remodeling for nearly 19 years. He has helped homeowners across the Chicagoland area and has a stellar reputation for transforming his client’s homes. His resume includes beautiful and functional kitchen and master bathroom remodels, home additions and exteriors.

Vince is no stranger to producing award-winning work. He has received Remodeling Excellence Awards from the National Association of the Remodeling Industry (NARI) of Greater Chicagoland and has been recognized by leading industry publications such as Qualified Remodeler, Professional Remodeler and Remodeling Magazines. His work has also featured in and graced the cover of Better Homes & Gardens magazine.

You can learn more about Vince and set up an appointment with him here.