Transitional Kitchen Remodel Proves to be a Popular Choice Amongst Homeowners 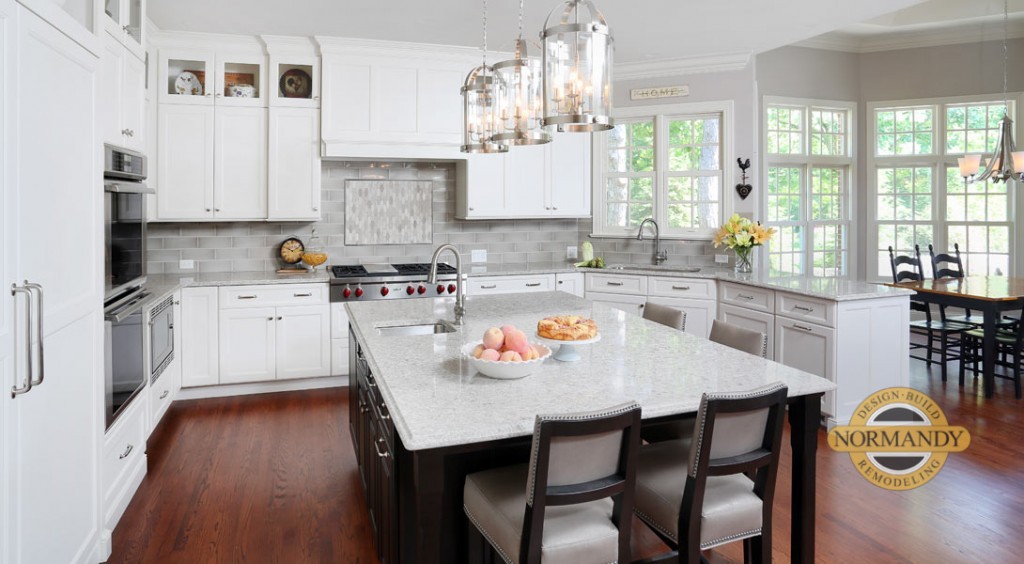 This Hinsdale kitchen remodel was unique in the fact that it was driven by personal tastes as well as the notion that the family would not stay in the home forever. Overall, they desired a kitchen that fit their family for the time being; however, it also had to appeal to the masses should they decide to move in the future. Working with Normandy Designer Vince Weber, they decided on a transitional style, one of the more popular aesthetics in the Midwest. The end result is something they would enjoy in the short term, yet appeal to future buyers. 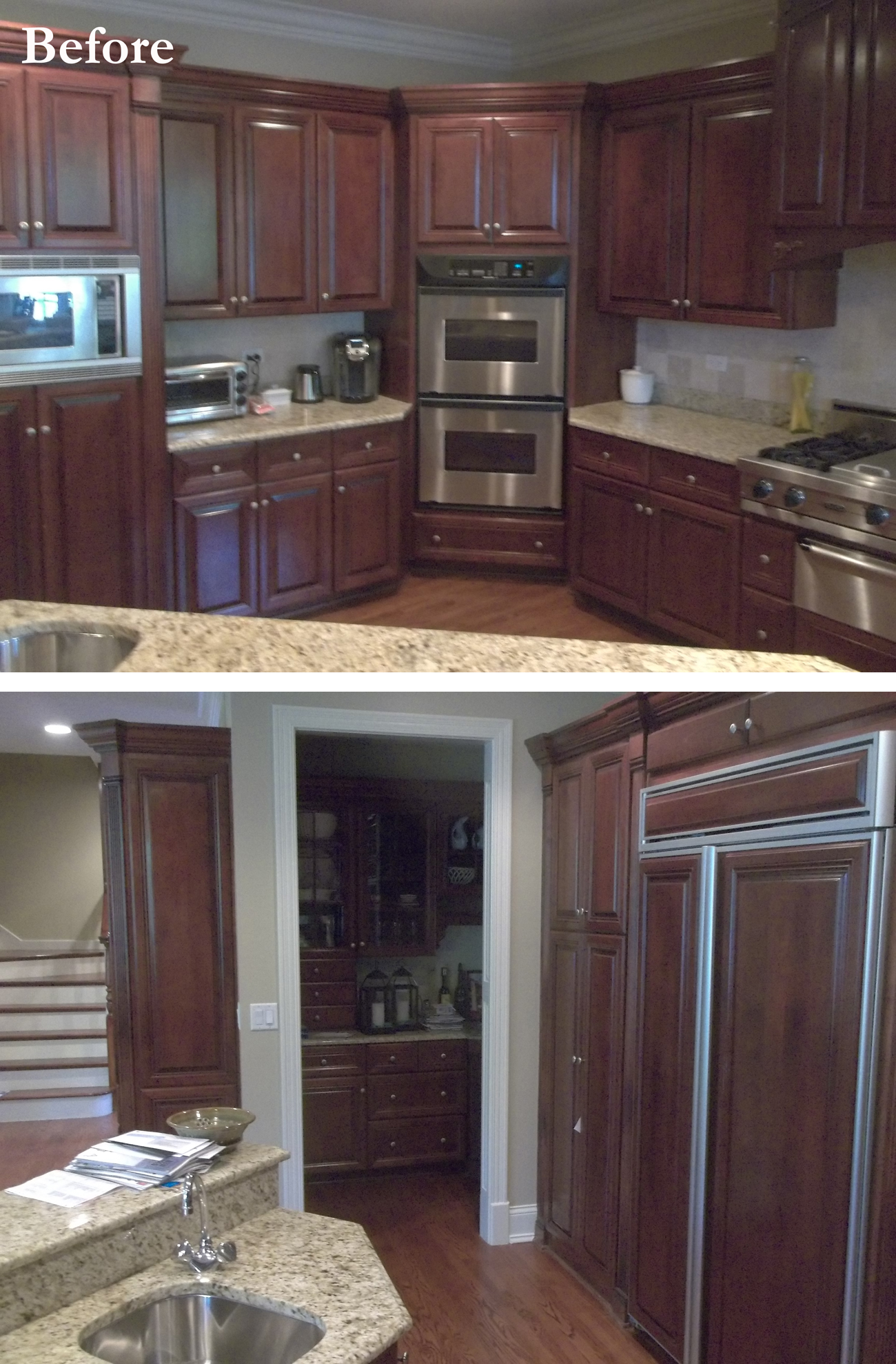 “We selected a transitional style because of its popularity within the area and also because it tends to lend itself to greater flexibility,” said Vince.  “Down the line, it can be tweaked to lean more conservative or contemporary if desired.”

Before the remodel, the kitchen was extremely traditional, with builder-grade cabinetry and an awkwardly shaped island that was not conducive to entertaining, food preparation or simply enjoying a cup of coffee.

“The trapezoid shape of the island just didn’t work,” said Vince. “Changing the island shape to a rectangle created a multi-functional surface, which is exactly what this family needed.”

All in all, it was the change in island shape that really made a difference in the space. In fact, the work triangle stayed relatively the same with the range remaining in the same location. 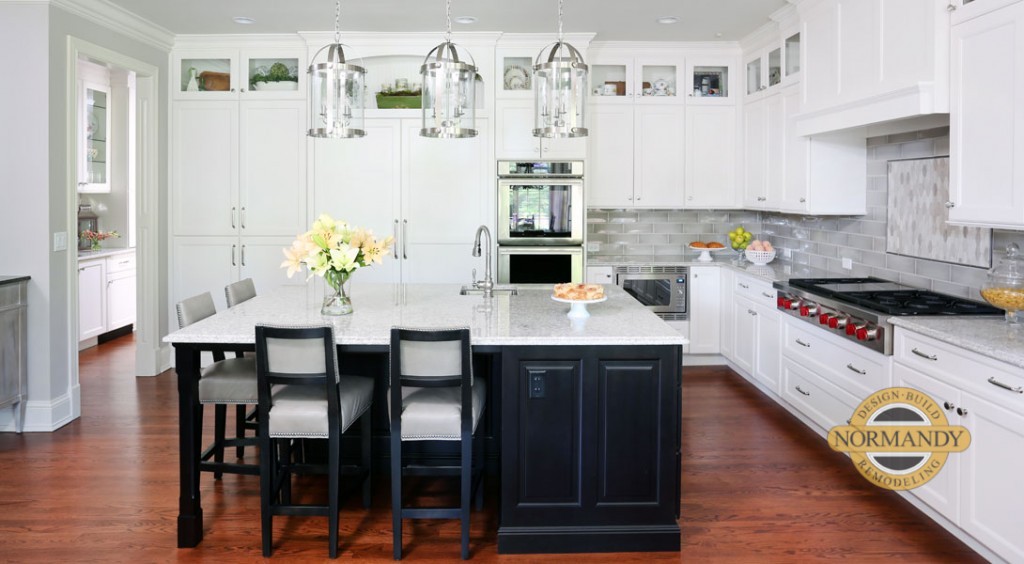 “While the work triangle is very similar it is articulated in a different way that feels more natural and fills the room better. Before, the island was awkward in space. Now, it frames the work area in the kitchen without wasting any space.”

Although the work triangle didn’t change too much, the design transformation was drastic. Dark finishes were brightened, including white cabinetry, a glossy ceramic backsplash, and gray countertops speckled with black and silver. Decorative elements were also incorporated into the space. For instance, a high ceiling allowed for glass cabinetry and a niche above the refrigerator. The range hood also has a decorative mantle and the refrigerator and freezer were designed to look like a built-in hutch. 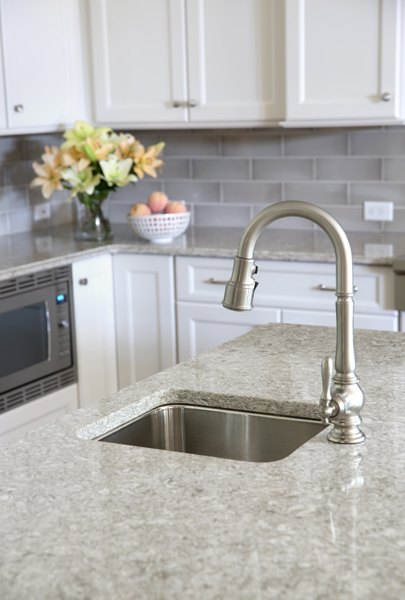 A butler pantry was also added and is a useful resource for entertaining. Glass cabinetry provides additional storage space for entertaining pieces and a sink, beverage fridge and dishwasher were also incorporated into the space.

“Now, when they entertain, they can use the second dishwasher for stemware and barware,” said Vince. “Even better, the beverage refrigerator and dishwasher are disguised as delicate, built-in cabinetry.”

The dishwasher and beverage refrigerator are not the only things in disguise within this area. The upper left side door within the butler pantry is a secret message center, with space to house a laptop, calendar and schedules. 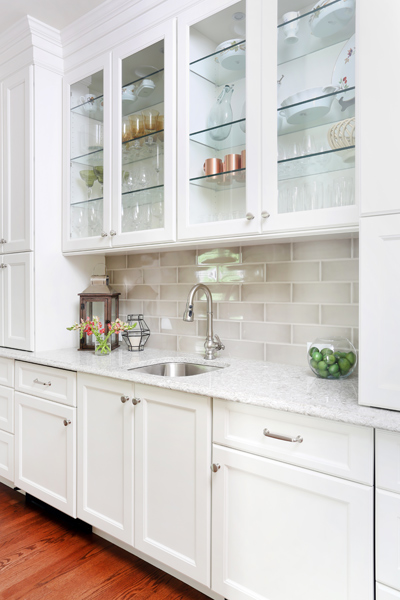 In addition to the kitchen remodel, the mudroom was also renovated to allow for a better flow into the basement.

“You have to go through the mudroom to get through the basement, so we removed the basement door and opened up a wall to made it feel more like a continuation of living space,” said Vince. “The cabinetry hides a lot of day-to-day items, so the space is neat and tastefully done for those passing through to walk down to the basement.”

“A built-in cabinet was modified to store dog food and a little nook under the countertop was also designed to tuck away bowls too,” added Vince. 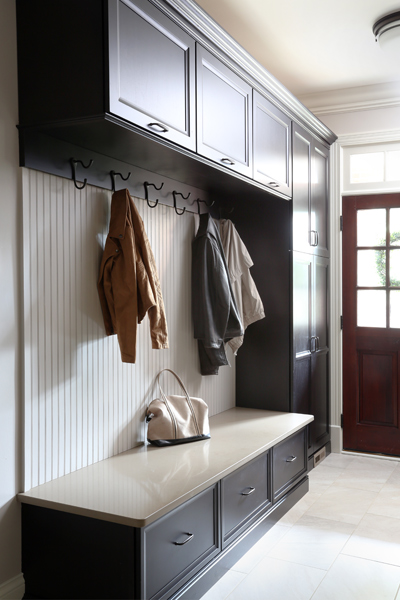 Overall, this new kitchen, butler pantry, and mudroom gave the homeowners everything they were seeking, yet it will still appeal to future buyers.

“Everything really blended together,” said Vince. “The design works for their family, yet it isn’t so personalized that it went against their ultimate goal of designing something that stood the test of time. It’s a good investment should they choose to move.” 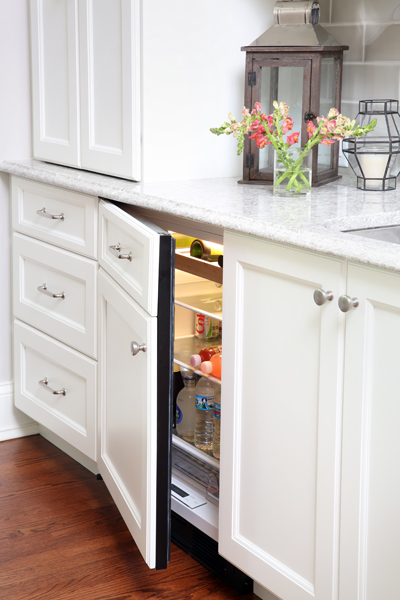 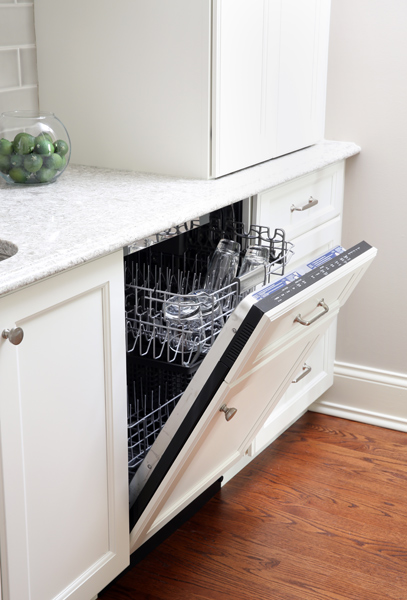 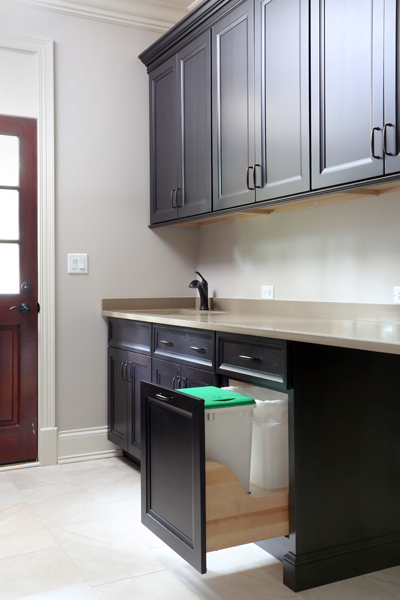