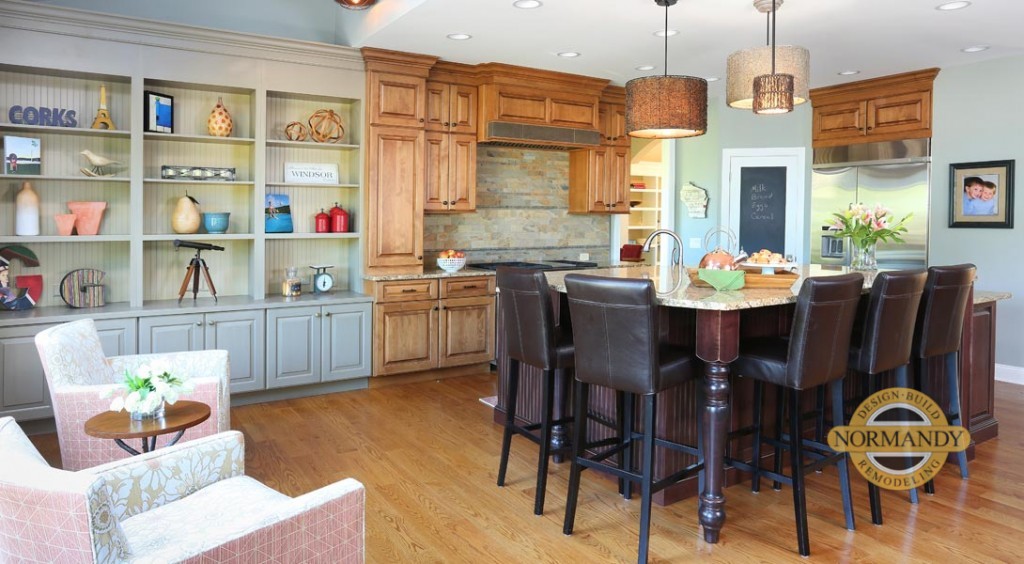 Your home should reflect your personal style and fulfill the needs and activities of your family. If it doesn’t, it may be time for a remodel. This was the case for a Naperville family, who wanted to update their first floor and primary suite to suit their tastes as well as add a home office and study space for the children. They partnered with Normandy to bring their new spaces to to life.

This was a whole home renovation, but it was phased into two parts. They started by tackling the first floor, and once it was completed, they turned their attention to the upper level.

It’s not uncommon to segment large projects. It can be easier to live through and may work better depending upon your budget.

The first floor remodel consisted of the kitchen and living room as well as a mudroom and study space for the kids. 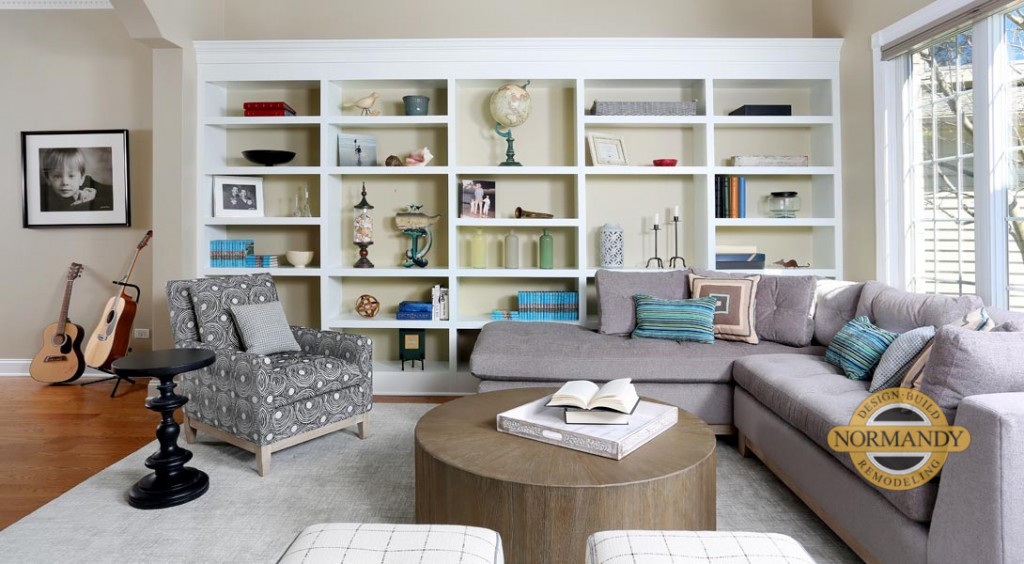 Prior to renovating, the kitchen design consisted of arches, ornate details, and two large structural pillars that cut up the room. They opted to remove this detail for a more open, updated layout.

Because the pillars were structural, they needed to replaced with a large steel beam. Once the beam was in place, it was able to support the second floor above and allowed the creation of the open-concept the homeowners were seeking.

The new, open floorplan also had room for a sitting area in the kitchen. It has proven to be a favorite spot to enjoy a cup of coffee or read a book with the kids. The custom chairs also swivel, allowing the homeowners to look inside and out.

The remainder of the first floor was really designed around the kids. The living room became more of a reading room. A comfortable sofa and custom bookshelves meant the kids could relax and read for hours. Additionally, a mudroom with hooks, cubbies and a bench was added to keep seasonal items organized and an office space with desks and comfy chairs became a designated area for homework and reading. 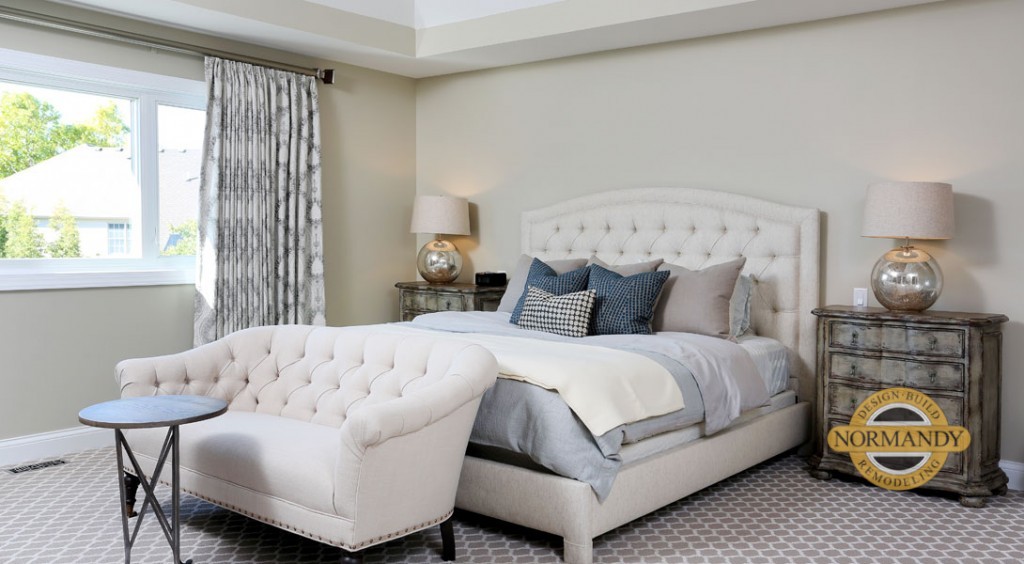 The upstairs renovation included the primary suite and closet. There is a quiet, private office space carved out within the master suite, which is important since one of the homeowners works from home.

The bathroom originally had the same extravagant detailing as the kitchen, with arches, pillars and a grand double door entrance. This was toned down, and the space was given a more modern, spa-like appeal.

The new space includes rustic beams and cabinetry, however, the tile, soaking tub, and shower are all very sleek and modern. The space also has plenty of storage features, including pull out hampers to keep dirty laundry sorted, but out of view.

The double door entry was converted to a single door, which provided the opportunity for more dedicated storage space. 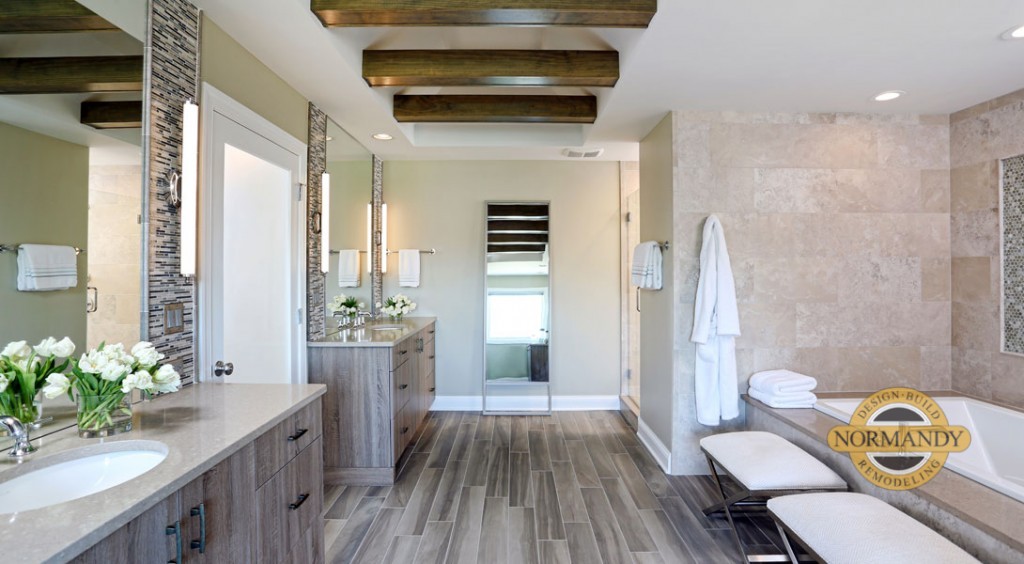 The closet is a masterpiece unto itself. Overall, the space is modern with rustic tones that correspond nicely with the bathroom. The original his and hers closets were modified, allowing the space to double in size. These changes made the closet area large enough to essentially function as a dressing suite. A large hutch piece also helps the space feel less like a closet, and the storage was brought down to the floor to provide more organization.

The primary suite reconfiguration also allowed the creation of a discrete office space.

The office space was originally set up in the closet, but it was out in the open. The layout changes to the primary suite meant that the office could become its own separate entity, allowing for more privacy. A large gliding barn door closes off the office entirely when needed.

Whether you need one room or an entire home remodel, we’re here to help. View the Normandy photo gallery to find more projects we’ve remodeled in Naperville, as well as other Chicagoland kitchens, bathrooms and additions. You can also schedule an appointment with a Normandy Designer to get started planning your next remodeling project. Or, follow us on Facebook, Twitter and Instagram for more design ideas and inspiration. 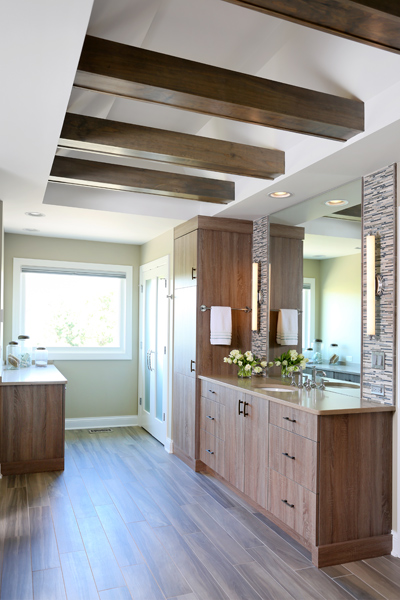 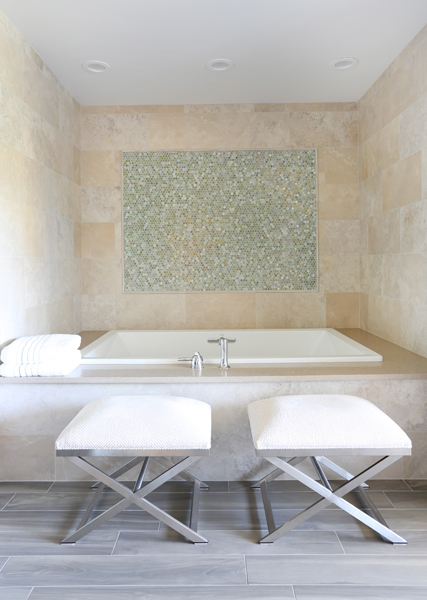 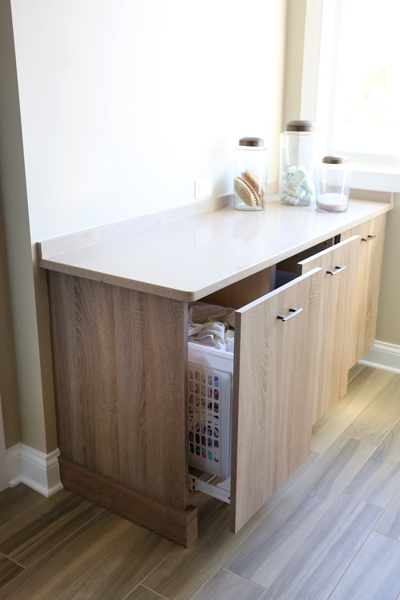 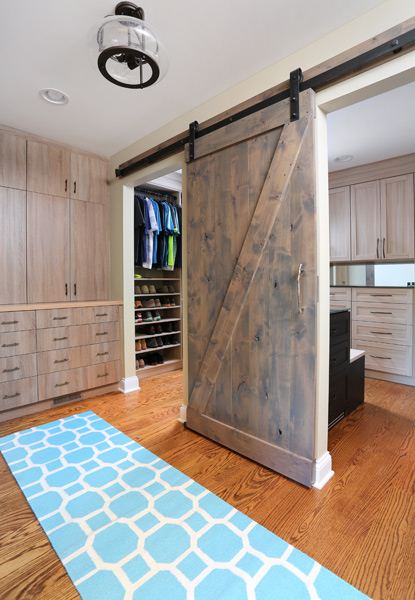 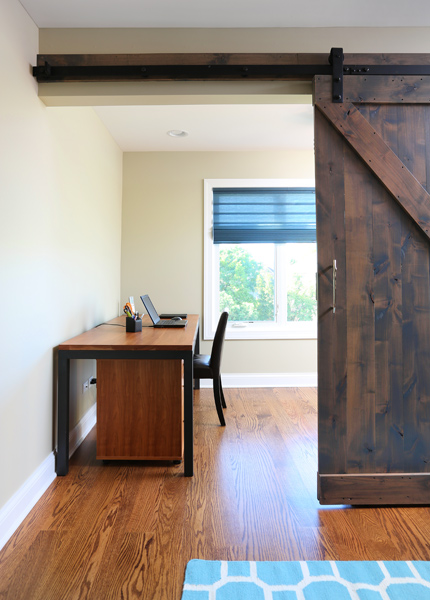 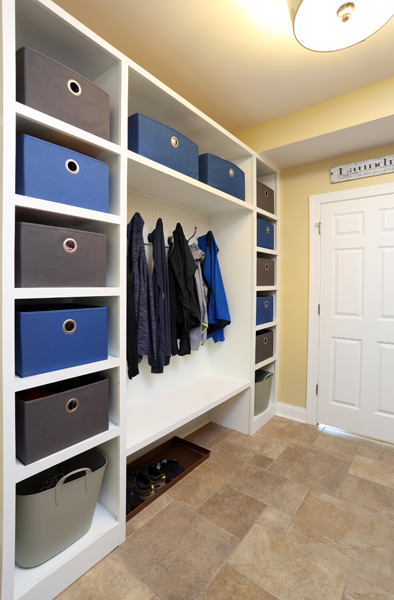 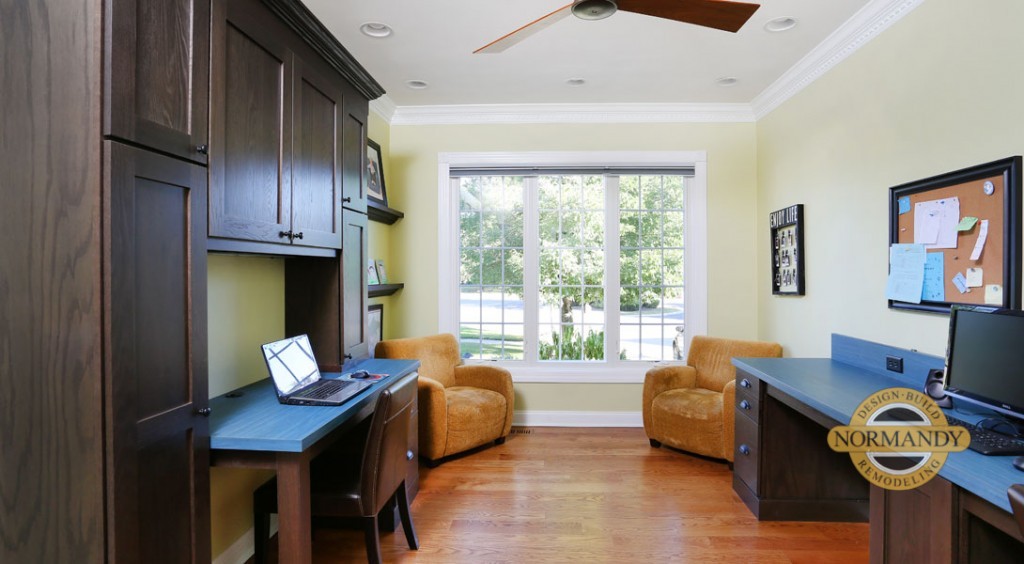