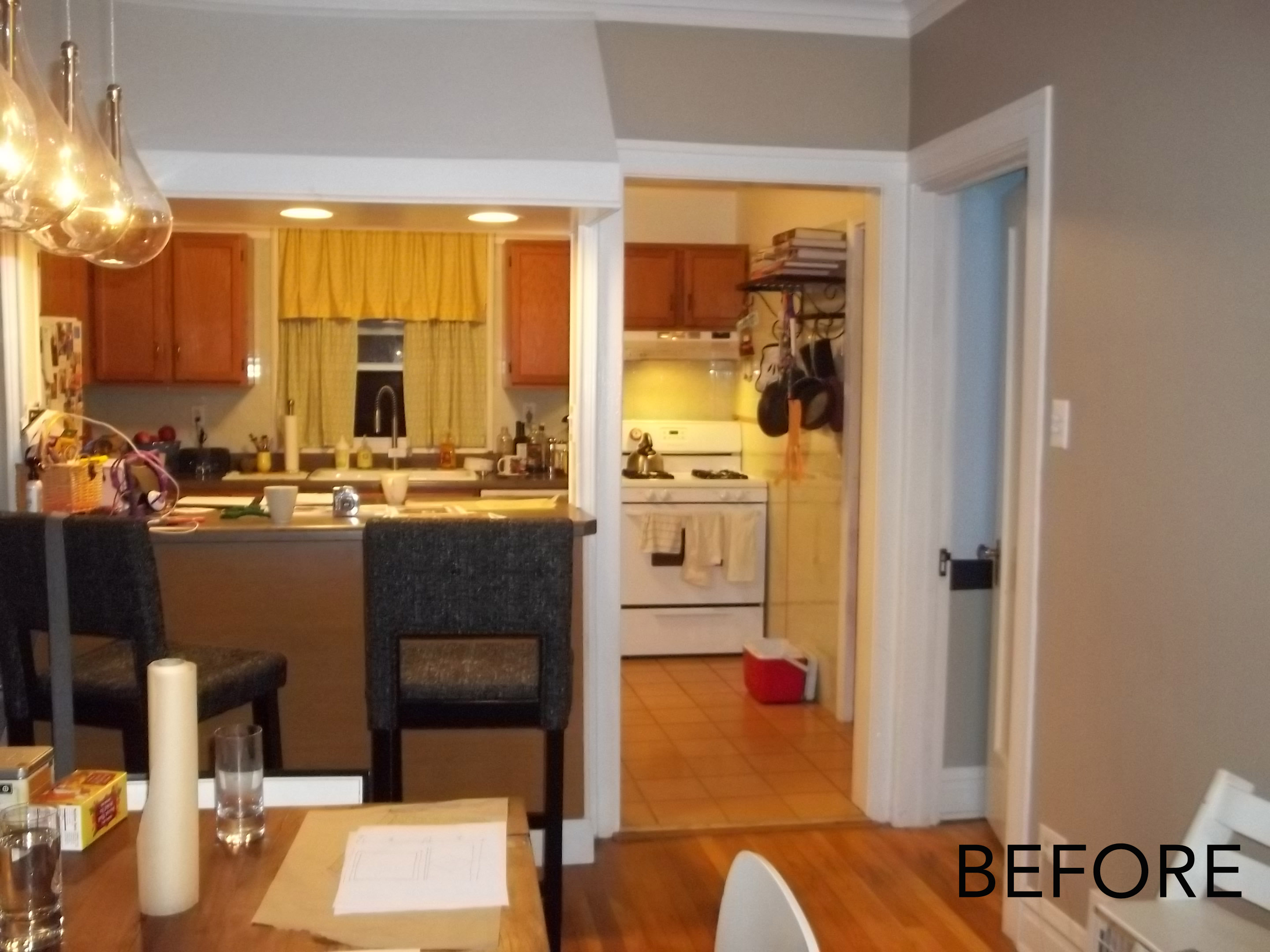 While you can live with outdated finishes in your kitchen, a poor layout is a lot tougher to just suffer through. This family had a modest sized kitchen, which was made more challenging to work in because of the existing layout. The stove was right against a wall without landing space on both sides, and there was a doorway to the basement stairs that meant people would be passing through behind you as you cooked. Although the kitchen had somewhat of an open view into the dining room, the kitchen itself had a low ceiling with obstructions and beams that kept it from feeling like a continuation of the rest of the home. They knew that they needed help to create a functional kitchen remodel so that the space would work better for their family. 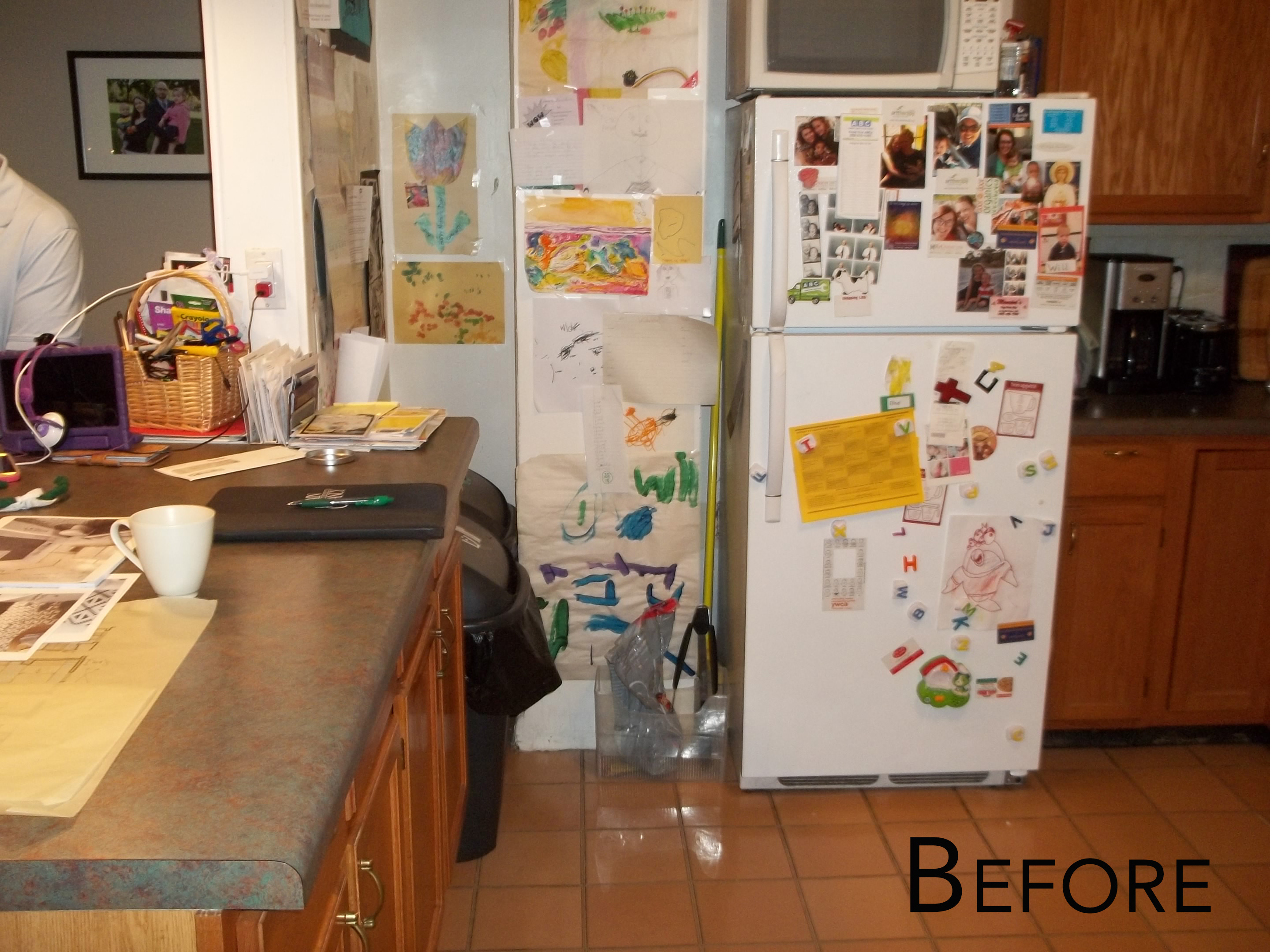 One of the key questions as the remodel was beginning was the artificially low height of the kitchen ceiling. “Although we wanted to open up the ceiling and raise it to match the rest of the home, we weren’t sure if there was a reason why the previous homeowners had kept it so low,” says Normandy Designer Leslie Lee. “We were thrilled to find out that the only reason the ceiling was built lower was to accommodate a much shorter/standard cabinetry height, and thankfully there were no pipes or duct runs in the way. The new, higher ceiling not only makes the kitchen now flow better with the rest of the home, it has the added bonus of giving us more space for larger cabinets.” 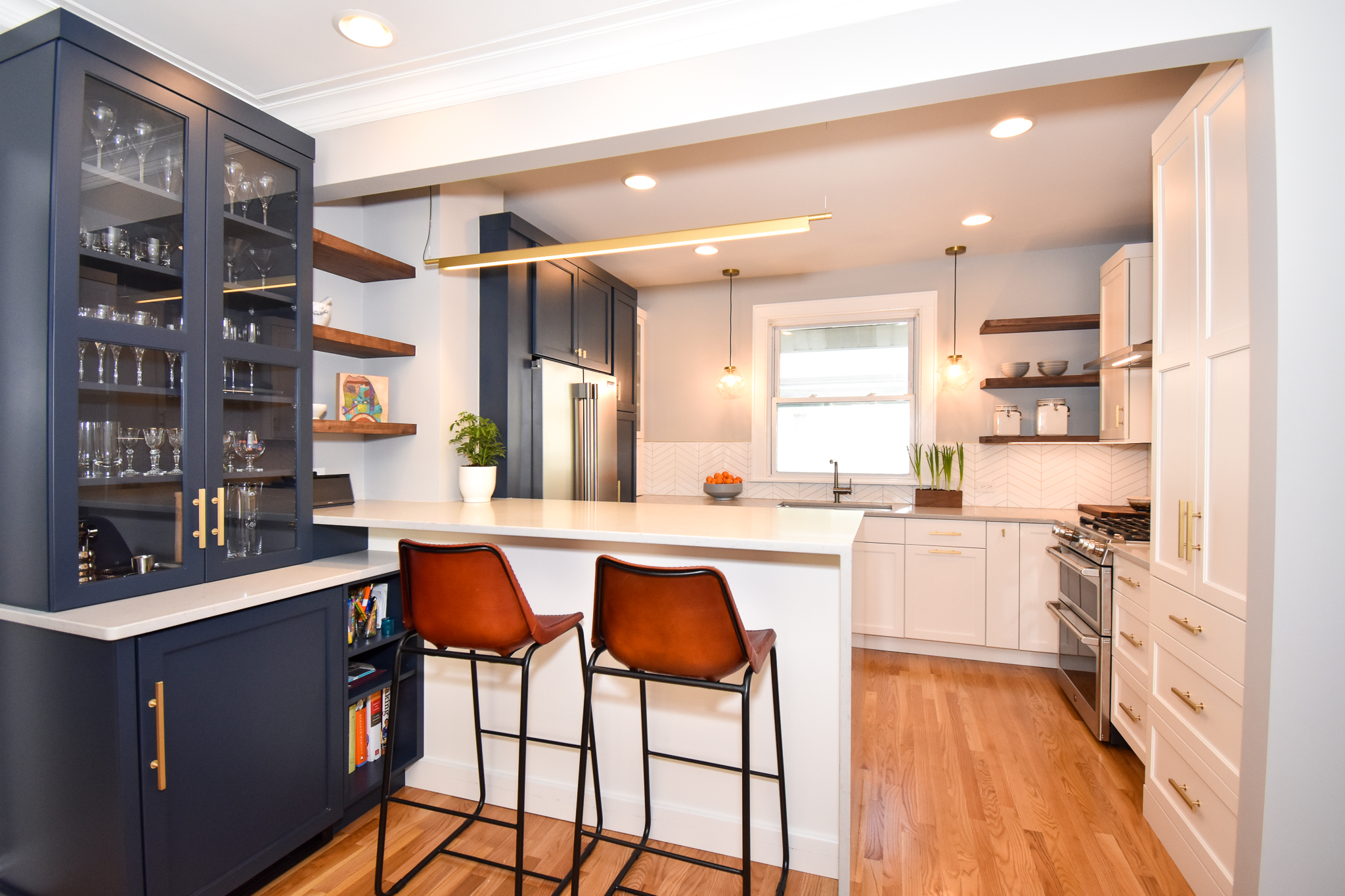 The next big issue for this kitchen was the placement of the appliances and the flow through the space. “This small kitchen lost the use of an entire wall because it was the entrance to the basement stairs,” noted Leslie. “We moved the entrance to the stairs out of the kitchen and into the hallway around the corner, and gained a lot more space and flexibility in the design.”  Gaining the use of this wall for the kitchen design proved to be immensely useful. “We moved the stove out of the corner and made it the anchor for this newly available wall,” says Leslie. “We were also able to gain additional storage space and give the dishwasher more room now that it wasn’t directly adjacent to the stove.” 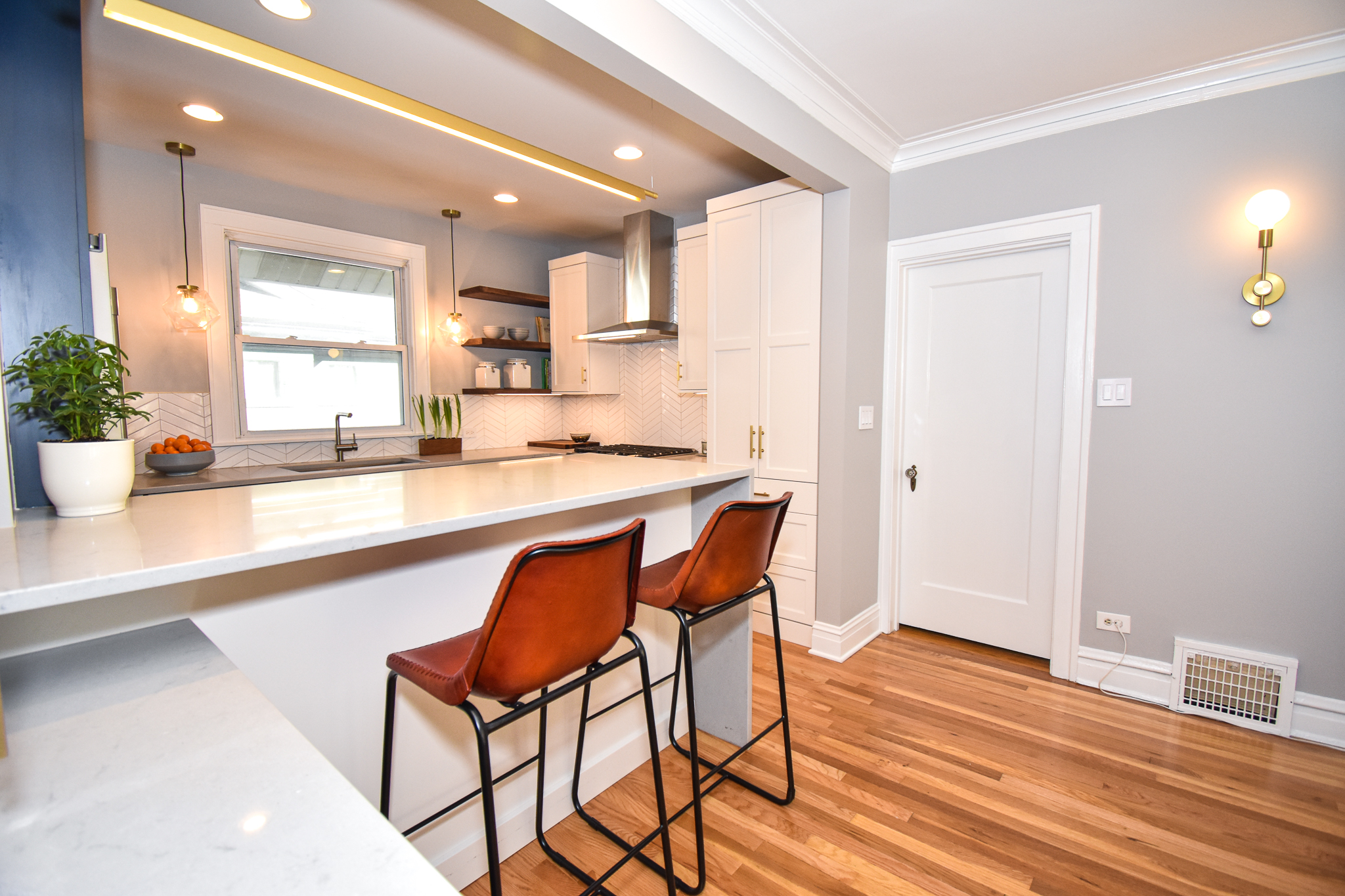 The new layout now minimizes unnecessary traffic flow through the kitchen and makes the space more comfortable to work in. “The additional storage space we gained also let us incorporate some open shelving along with the Navy and White cabinetry to give it a modern and eclectic look,” Leslie notes. “The waterfall edge peninsula acts as a bridge connecting the kitchen with the adjoining dining room, and the continuation of blue cabinetry throughout the kitchen and the dining space allow the rooms to blend seamlessly together.”

Looking for a functional kitchen remodel, but unsure of what works best for your family? Set up a time to talk with Leslie about your home’s possibilities. For even more home inspiration and tips, follow Normandy Remodeling on Facebook and Instagram. 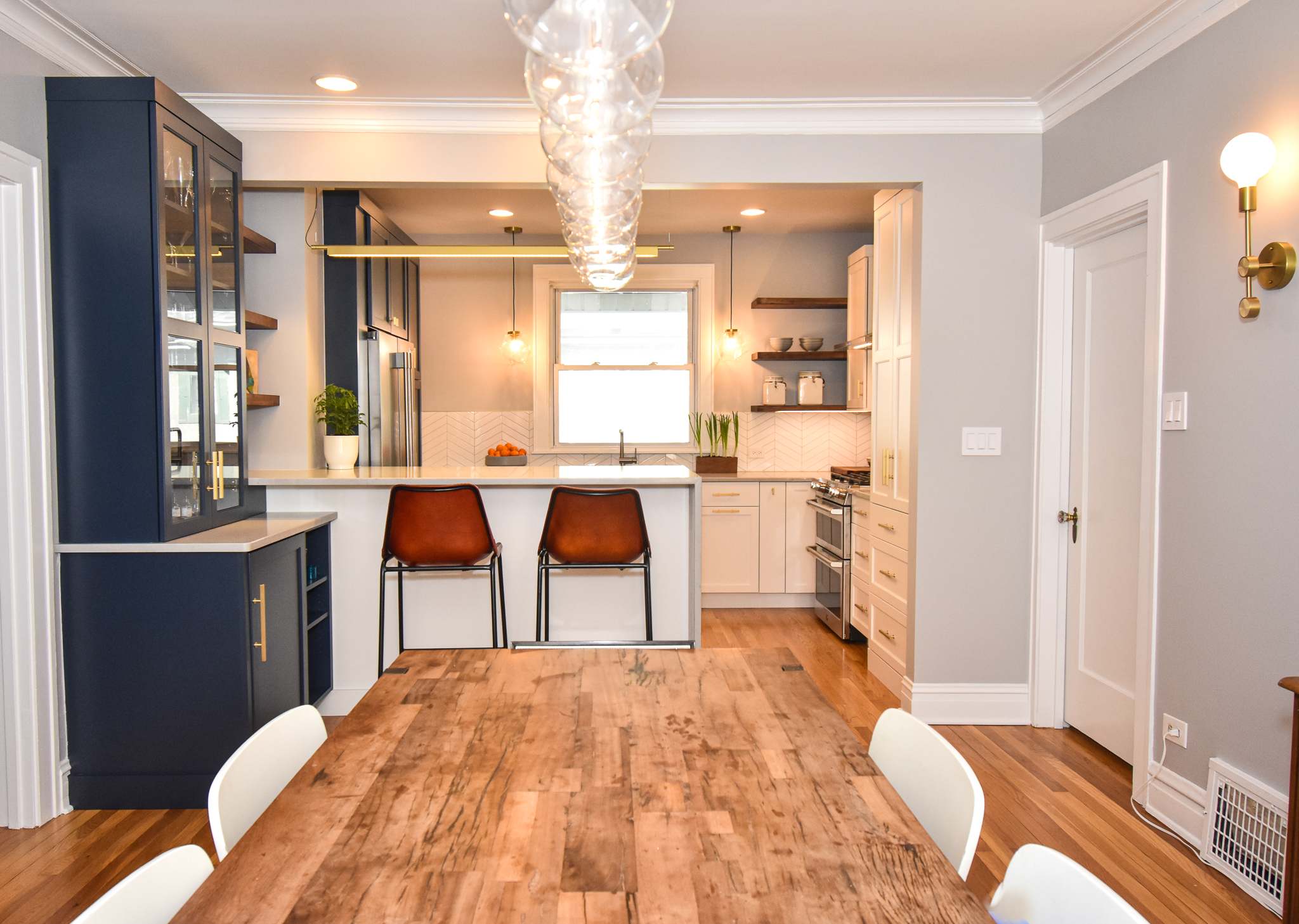 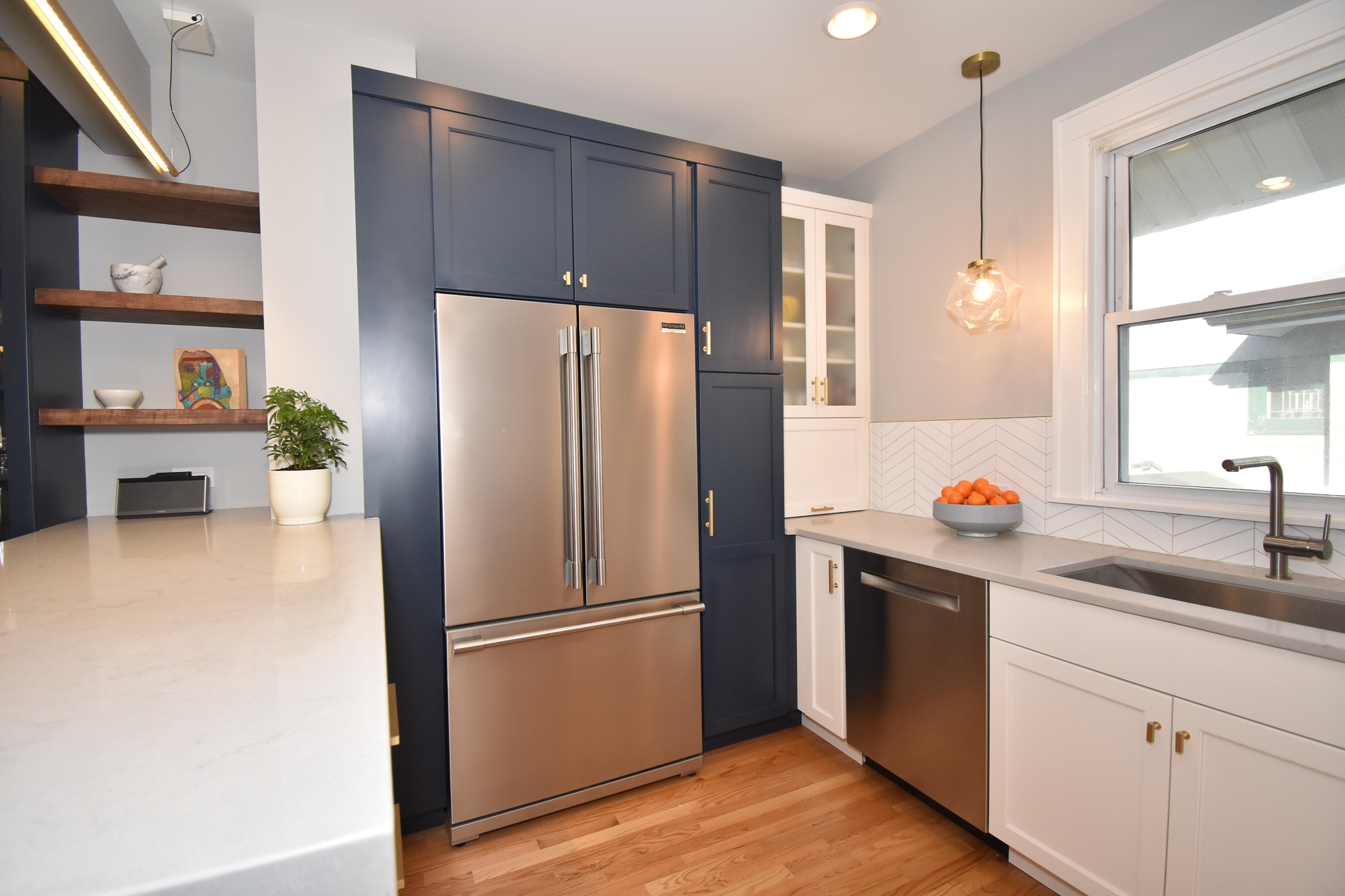 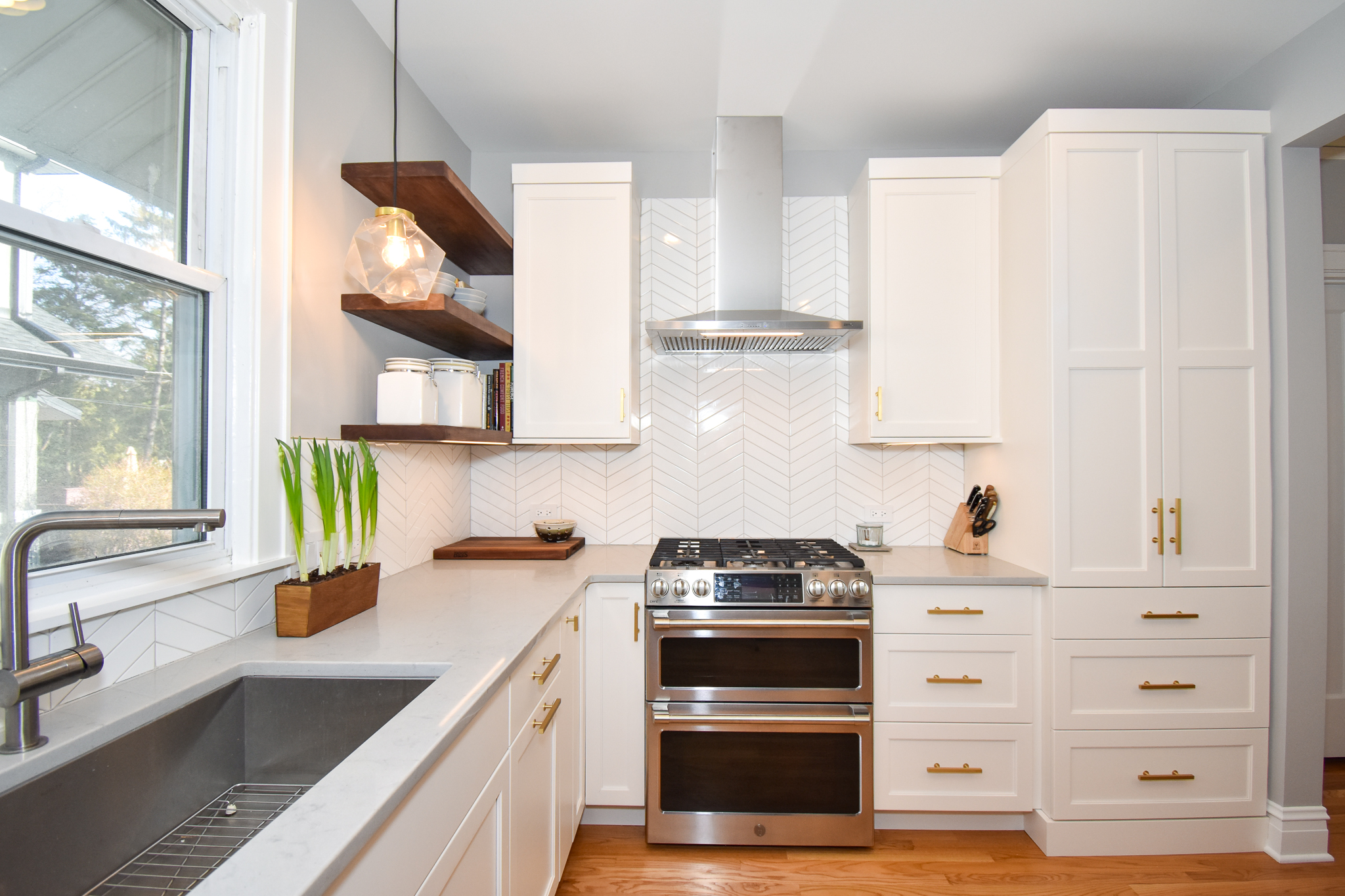 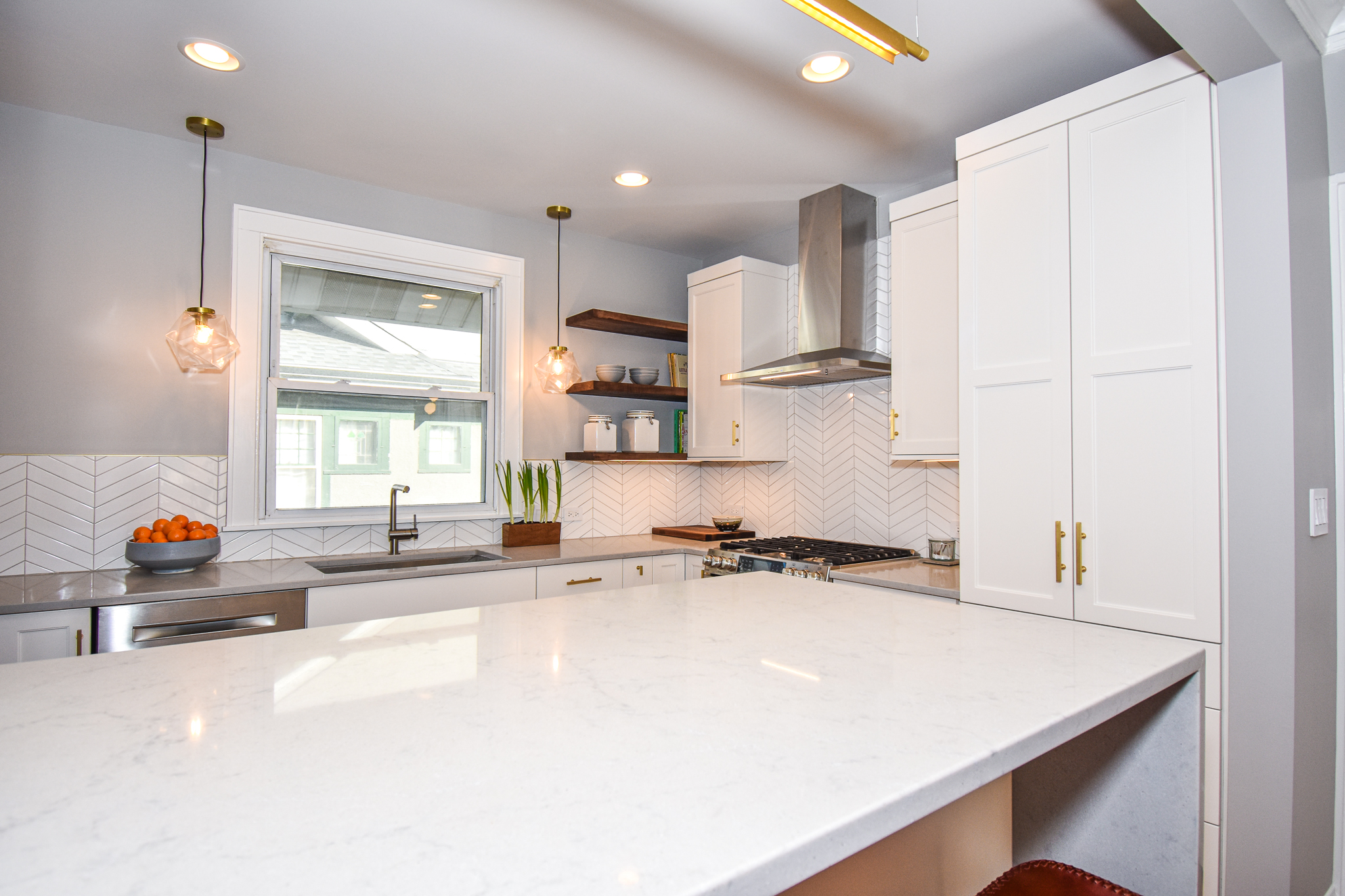