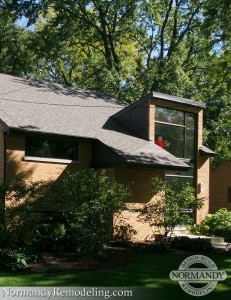 Butterfly roofs are created by designing the adjoining gables of a roof to slope inward, making a central valley.  This was once considered a modern design concept, with Frank Lloyd Wright playing a key part in its development.  They were primarily used in commercial buildings, but can still be found in some older neighborhoods throughout the U.S. 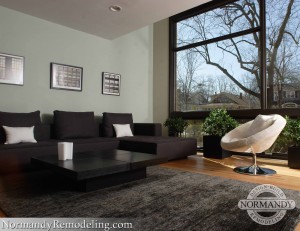 Butterfly roofs are unique because is that they create very high exterior walls, giving the exterior more design potential than a home with a traditional roof.  Often times designers and architects will incorporate large windows to let in more natural light and use it as a way to bring nature inside the home.