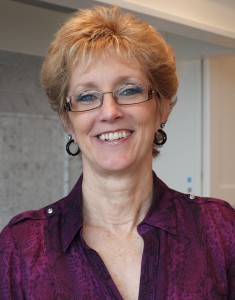 We are happy to announce that the award-winning designer, Terry Kenney, has joined the Normandy team!  Terry attended the Harrington College of Design and has over 16 years of design experience, including extensive knowledge of kitchen and bathroom design that she acquired at Drury Design.  “Although I’ve had a great experience in the remodeling industry thus far, I was looking to step up my career to the next level in the remodeling industry.  Normandy Remodeling allows me to expand my knowledge base to other areas of remodeling and larger scopes of work,” says Terry.  “I’m very excited to be with Normandy, they’re very efficient in what they do and that gives me more time to concentrate on what I do best – which is design.”

Terry is an active member of the National Kitchen and Bath Association’s local chapter, serving as chairman of their “Design Visions” Design Competition Committee for 2013 and as the Vice President of Membership.  “Terry has a lot of experience that she’s bringing to the table,” says Normandy Co-Owner Andy Wells.  “I think this venture will be very beneficial for not only Terry and our other designers, but our clients as well.”