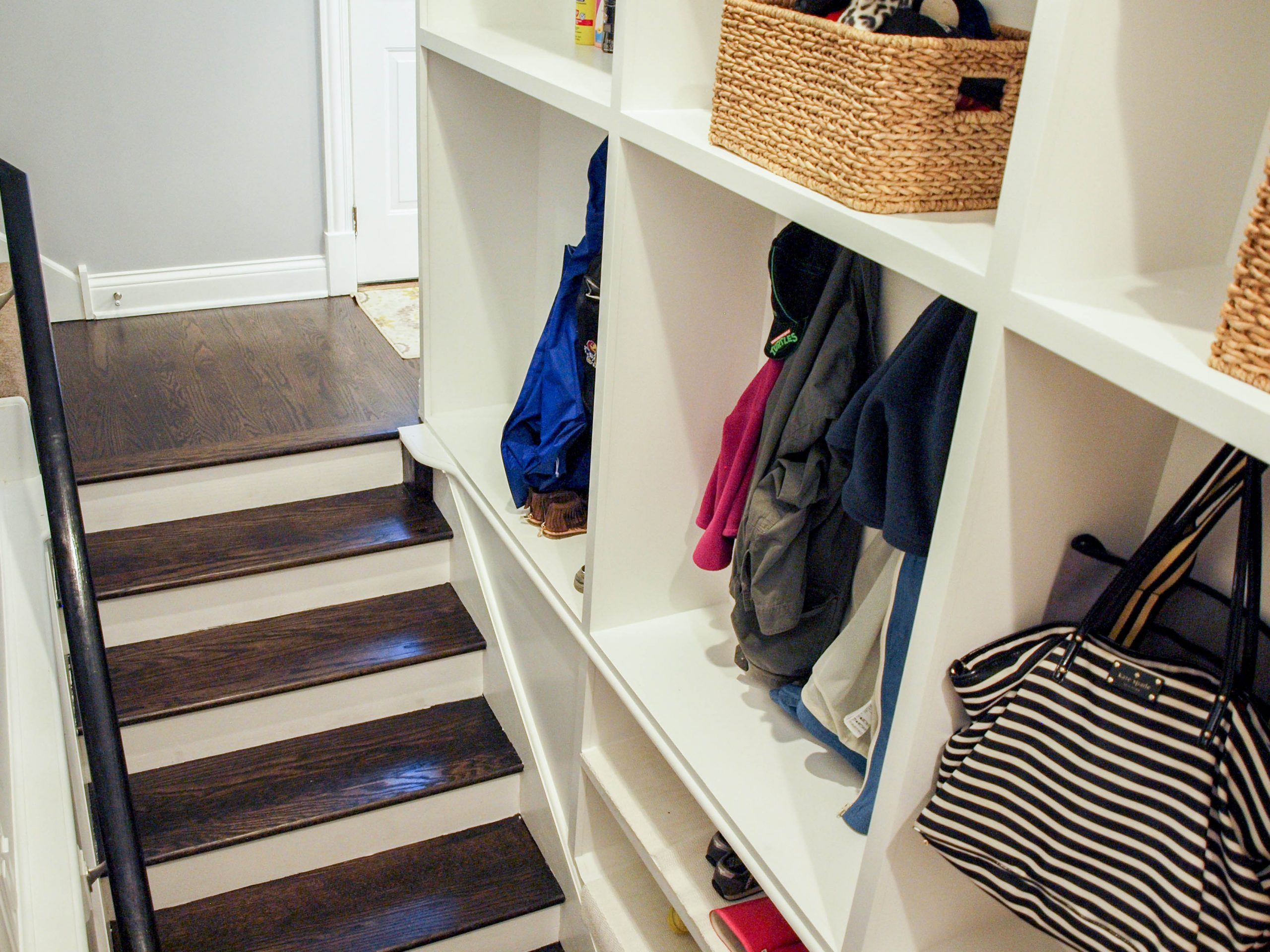 Sometimes the best mudroom spaces aren’t even an actual room at all. In the case of this recent renovation by Normandy Designer Leslie Lee, cubbies and an organizational area were incorporated into the stairwell of this La Grange home.

“Part of this project included expanding the kitchen, which took away any additional space to incorporate a mudroom,” said Leslie. “Therefore, we decided to build one into the stairwell.”

Cutting into the existing stairway had its structural challenges. Gas lines had to be moved and new structural support needed to be created in order to build this large niche and cubbies. However, once the support and mechanical locations were complete, Leslie was able to create a useful and symmetrical storage space.

“Three vertical cubby sections were created to hang coats and bags,” said Leslie. “All of them are equal in width, which provides good symmetry. Below these large cubby sections are smaller shoe cubbies. These follow the angle of the stairwell and add plenty of additional shoe and boot storage.”

The overall height of the storage pieces vary based on where you are at within the stairwell. However, the top was kept flat across to maintain a nice aesthetic from the kitchen. 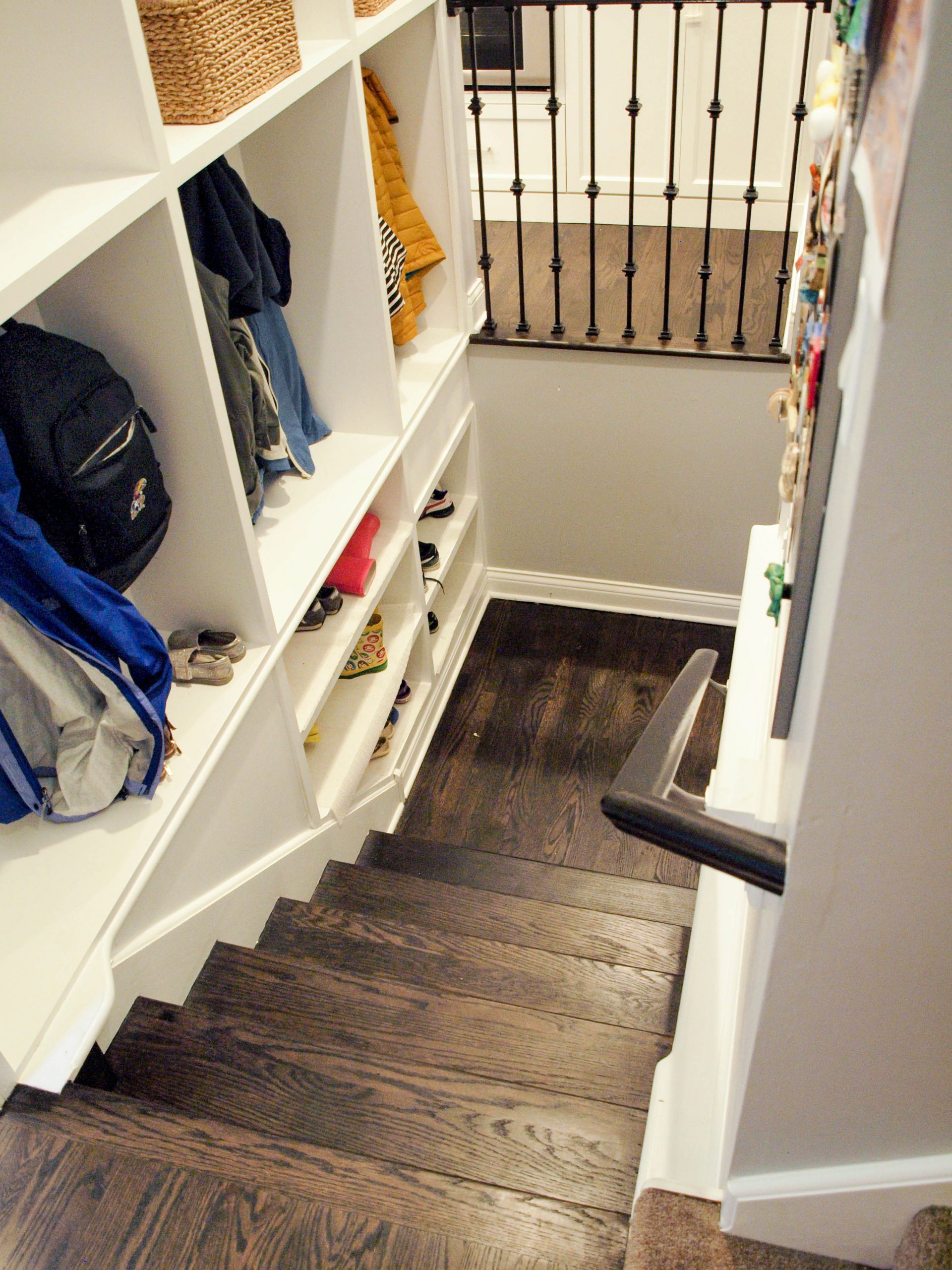 In addition to the cubby section, this stairwell also includes a bulletin board and calendar on adjacent walls. Overall, this message centers and cubbies act as a landing zone for the family as they enter and exit the house.

This innovative design was so well done that it received recognition from the National Association of the Remodeling Industry, earning a Remodeling Excellence Award.

If you still want to get an understanding of the remodeling basics, register to attend an upcoming seminar. Or, if ready to get started, set up a time to meet with award-winning designer Leslie Lee. You can also follow Normandy Remodeling on Facebook, Twitter and Instagram, or visit the Normandy photo gallery for more design ideas and inspiration.