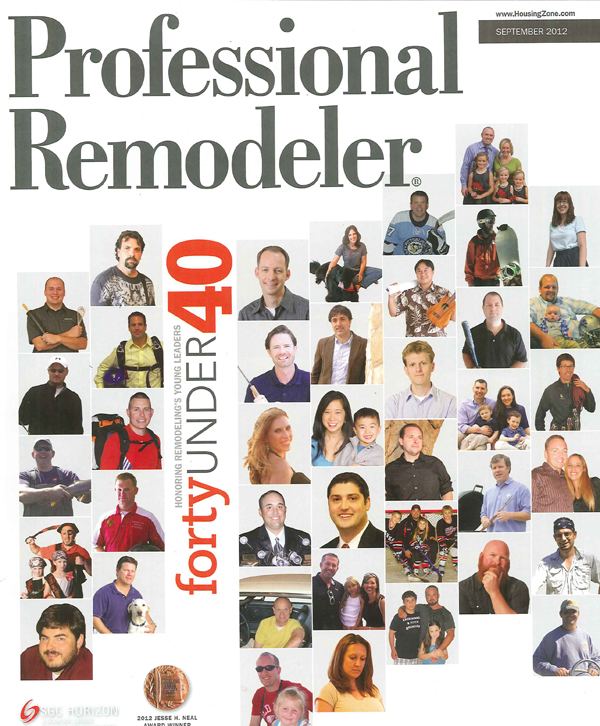 Each year, Professional Remodeler Magazine recognizes the industry’s next generation of leaders in a “40 Under 40” competition.  We are happy to announce that Troy Pavelka, Design Manager for Normandy Remodeling, was listed in addition to 39 other individuals as a national industry leader in the 2012 40 Under 40. This distinction was made based on his professional and personal experiences, in addition to his role in professional and charitable organizations. 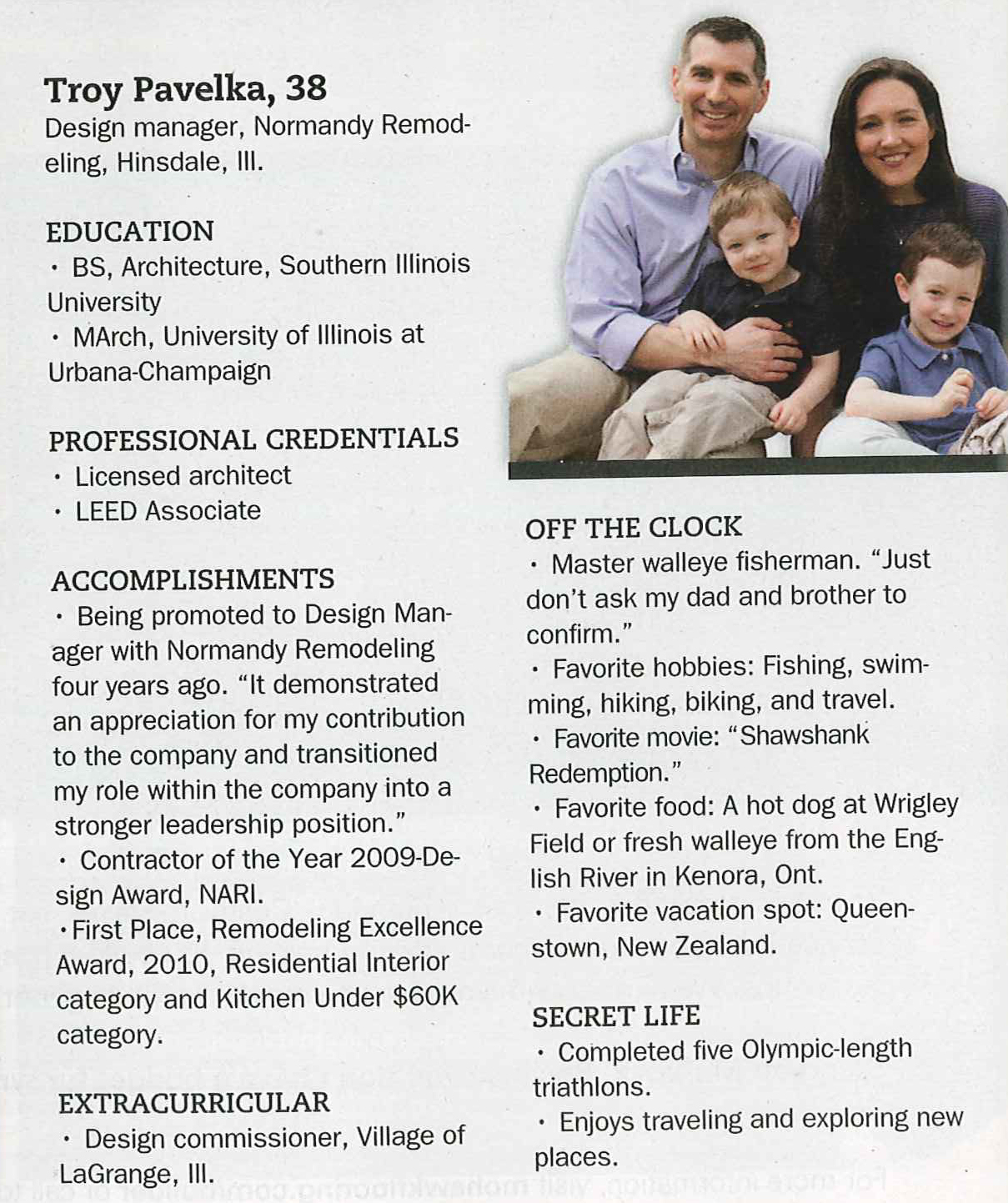 “Being recognized as a leader in the remodeling industry is a great reminder of how far I’ve progressed professionally, and the hard work it took to do so,” commented Troy, “Being able to be a strong resource to the design team at Normandy throughout the years has been equally rewarding.”

Troy is a licensed architect and earned his Masters Degree in Architecture from the University of Illinois.  He began working as a designer with Normandy in 2002, and his willingness to help other designers led to a promotion in 2008.  In 2010 he furthered his education and knowledge in environmentally sensitive building practices and earned the certification of USGBC LEED Associate. He is an active member of the National Association of the Remodeling Industry (NARI) and was also appointed to the Design Commission for the Village of LaGrange, where he has resided with his family of five for the last eight years.

“It’s exciting to see Troy’s dedication and passion for his work recognized on a national level.  His willingness to help others in the remodeling industry, while continually improving his own practices and education makes him a true asset to our organization,” says Normandy Co-Owner Andy Wells, “He is undoubtedly a young leader in the industry, and it’s been a privilege to see him grow as a professional.”