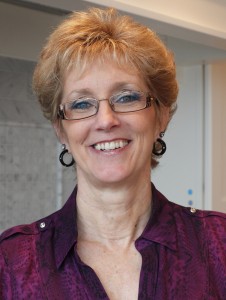 We’d like to take a minute to congratulate Normandy Designer Terry Kenney for being elected the 2014 President of the National Kitchen and Bath Association – Chicago Chapter!  It’s a great accomplishment in her career and we couldn’t be happier for her.  Terry’s been a member of the NKBA for 18 years but didn’t become seriously involved until about six years ago when she started serving on committees.  “I really just wanted to start giving back to an organization that has been so useful to me throughout my career,” commented Terry.  “They’ve provided me with a way to stay up-to-date in the industry, networking opportunities, and friendships over the years.”

“In 2014, I really want to delve into the programs already in place for the Chicagoland area and revamp them, making them the best they can be,” says Terry.  “Once that’s taken care of, we’ll have a good idea of what resources are missing and work on ways to implement them.  At the end of the day, I just want this chapter to be as relevant and useful as it has been to me over the years.”